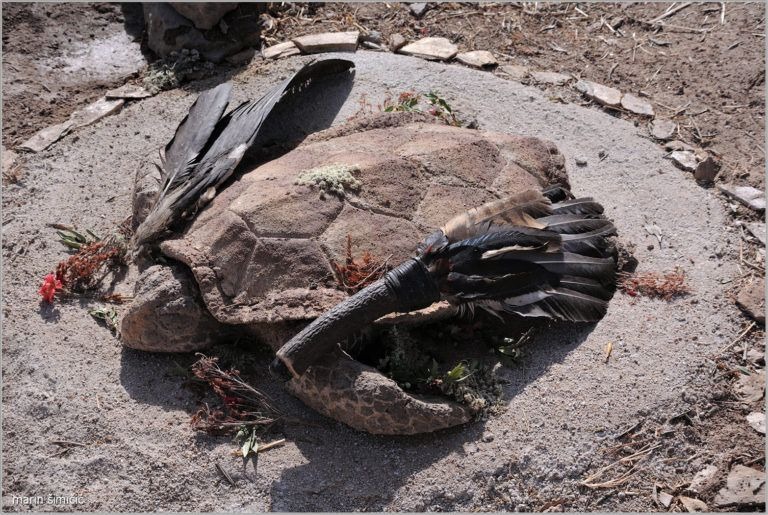 The name Temazcal, or Temazcalli consists of two words Nahuatl (the original language of the family Yuto-A zteca in Mexico and Central America): Temaz, which means bathroom and Calli,which means home.

And ‘one of our most ancient ceremonies.In the Nahuatl culture of central Mexico, the goddess of the sweat bath was Temazcaltoci, “the old woman in the bathrooms.”

The Temazcal is just a microcosm that reproduces within itself the characteristics of the universe, the macrocosm. In it we find the elements of the different cycles or different ages (defined as their own) through which the world has gone and continues to go according to Aztec mythology: Earth, Water, Fire and Wind are in constant motion.

The Temazcal is our original home, the home of our ancestors. In our view this is the first ceremony that all human beings should know before entering in any other ceremonies. It ‘a purification ceremony in which we have the opportunity to meet or resume the original path for which we arrived on this Earth. 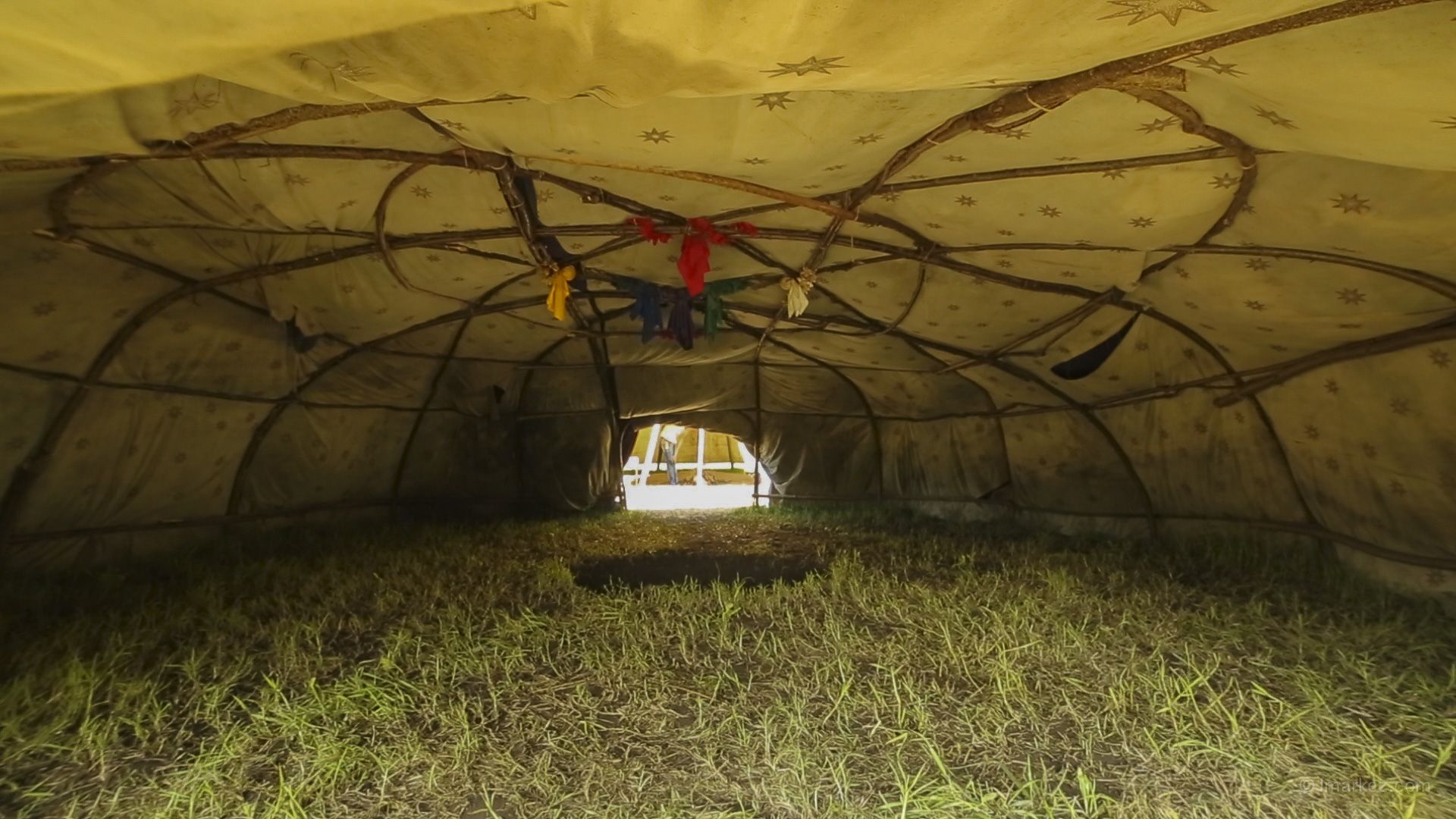 The Temazcal is a small room low enough so that you can conserve heat. The roof can be flat or domed and rarely it can meet high enough to be able to stand in them: they are low ceilings make it difficult to maintain the possibility of heat and steam at the bottom. Currently, in an effort to redeem the therapies used by traditional medicine are constructed Hispanic Temazcal temporary or permanent using bamboo or other flexible wood.

The piles are driven into the ground to form a circle and are joined to each other to form the upper part of the hut. Inside the hut, in the middle of the floor is then converted into a hole, called a navel, which are placed in heated stones.

The structure once completed in most cases is covered with blankets to the purpose of creating a total darkness in the moment of the ceremony.Outside the structure of the Temazcal is lit in a special place for a fire to scaffoldings stones, which, after having been heated, and awaken in their original memory, are introduced in the lodge at different times.

This temple is known as the “House of Older Stones.”The time when people receive the heat of the stones is accompanied by the use of medicinal plants aromatic.

Normally the plants used are: Copal, a resin that promotes the ability to awaken the memory; Palo Dulce or Palo Santo, type of tree powder that help the meeting with tenderness, sweetness and beauty of the spirits who are with us and with the sweetness that we carry in our hearts; the Sage, which helps us be able to pray what we want and we need to live our lives; the Cedro (cypress leaves), which has the power of blessing to thank all that always accompanies us in this life.

These plants rely on the stones where the contact with the heat accumulated in they release their qualities and potential.

Only after having inhaled the aroma efforts proceed closing the door cappanna within which it will share the mystery and darkness, a time of deep Universe.Recognizing that the native peoples of America have preserved and perpetuated to this day this knowledge and this knowledge, it is now our choice and responsibility to integrate it as a form of everyday life for all peoples and nations in which it is recognize. 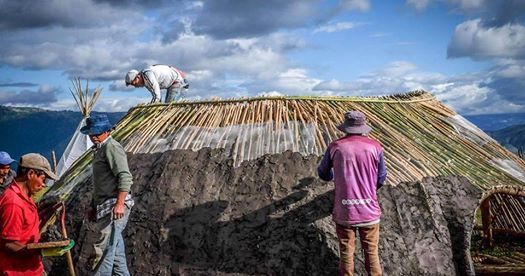 The Temazcal is our original home, the home of our ancestors. In our view this is the first ceremony that all human beings should know before entering in any other ceremonies: in fact, this is a purification ceremony.
The bathroom traditional Mexican sweat is different in several respects from those we might encounter in other cultures and other traditions that may not have been able to remain in their own practices.

Elsewhere it was mainly used for ceremonial purposes, just as the houses of the indigenous sweat, and even in some cases for the relaxation of the body, cleaning or overall well being. What we are considering here and deepening is a therapeutic tool, an aspect of medical practices developed in that part of the American continent, which anthropologists call Mesoamerica, a large area that includes Mexico, Guatemala and Belize.

The Temazcal is just a microcosm that reproduces within itself the characteristics of the universe, the macrocosm. In it we find all the elements of the different cycles or different ages (defined as their own) through which the world has passed, according to Aztec mythology, and continues to pass, earth, water, fire and wind are in constant motion.
Powerful therapy for the treatment of numerous diseases.

The Temazcal is a powerful therapy in the treatment of many diseases and pains, which are acute and / or chronic. Without doubt one of the distinctive features of the Temazcal often wonder foreigners is its use with women who suffer problems during the menstrual cycle, or lack of fertility, accompaniment of pregnancy, childbirth and the traditional quarantine back to it, as well as stimulation in the production of breast milk.

In the traditional classification of diseases, most of the problems associated with the reproductive system of the woman is considered that are associated with the cold, and for this the Temazcal obtains a marvelous effect of heating. Heat the ovaries, the fallopian tubes and the uterus, and also stimulates the entire hormonal system using herbs known as hot in nature appropriate for this problem such as cinnamon, rosemary, leaves, pepper, etc. … Women in Mexico resort to the bathroom Temazcal to adjust any type of menstrual disorder.

I think now it is clear that the Temazcal baths have been used in the great ancient cities of Central America and in the Mexican countryside to the present day. No doubt some health professionals who seek to redeem the traditional medicine and its values have introduced the Temazcal adapting to the conditions and urban environments.

These Temazcal maintain and preserve the tradition in all its processes, differing mainly in the appearance of shape and construction of the spaces destined to sweat.

The adaptations are mainly in the use of particular types of flooring and carpets, tablecloths, small desks, exits and entrances more accessible than, for example, can allow entry to people in wheelchairs or with other types of disabilities.

Similarly the heating of the stones and shape to ventilate the bathroom have been adapted in a practical manner to the shape of these new spaces, always taking care of the fundamental aspects, techniques and properties of the bath. Besides the stages through which it develops as the ritual music, drinking tea, red stones, meditation, singing, speech, aromatherapy, sweat, etc. … are preserved respecting the traditional way.

Thanks to the fantastic detoxifying effects that owns this old American tradition, now the urban population is resorting to its use. So to be able to resort to a contrasting action of the stress characteristic of large cities, chronic fatigue syndrome physical and mental, are rediscovering the value of the Temazcal in its immense capacity to give relaxation. Through meditation and singing relieve external pressures in order to face the world with greater peace of mind and physical health.